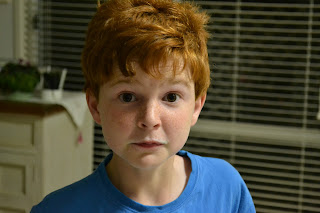 Master 12 was described by his first grade teacher as an enigma.

At the time he was struggling with very basic maths....and yet if you asked him, for example, what Sydney's score would be if they kicked 18 goals and 15 behinds, he could come up with the answer in a heartbeat (which is 123, in case you were wondering).

He "can't be bothered" with school work and yet he can rattle off every imaginable fact about cars, volcanoes and the Olympics.....because that interests him.

His writing is barely legible....but if you can manage to decipher it...what he says is knowledgeable and witty.

You have to nag him for hours to take a shower....then when he does you have to cut off the water to get him out. 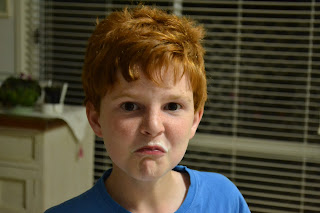 He refuses to drink juice or soft drink....but loves a coffee.

He is alarmed and horrified by disobedience and rule breaking but rarely does as he's told.

He's a master at imitating voices....but doesn't like to speak out loud.

He's obsessed with aeroplanes and roller coasters but is afraid to fly and ride.

He will amuse himself on his own for hours....but doesn't like to be alone.

He's about as carefree and laid back as you can be......and yet he's a stress head.

He marches to his own drum and doesn't care what others think...... and yet he lacks self confidence.

He's doing it his own way, in his own time, in his own little world....and it's a happy place.....wouldn't mind going there for a holiday.

He most certainly is my little enigma. 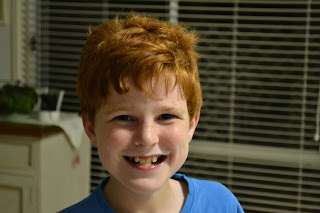