We were off to the AFL Preliminary Final between Sydney Swans and Collingwood Magpies. 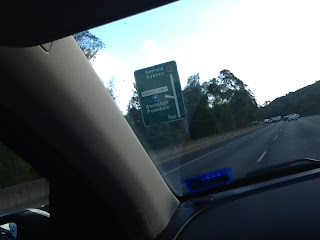 Travelled down the freeway to Sydney Olympic Park........ 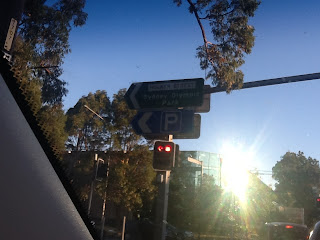 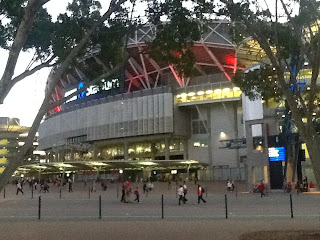 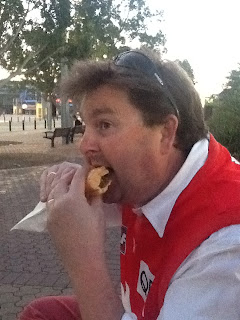 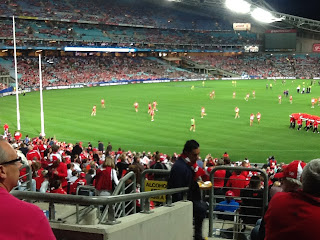 Then we had to drive all the way home.....but first we had to get out of the car park!! 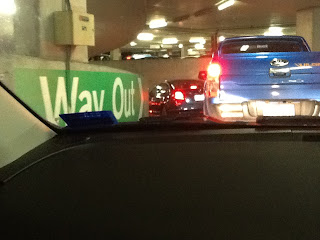 Sydney are into the 2012 AFL Grand Final next weekend.

If they win they get to call themselves Premiers, they get to hold up a big cup and everyone turns a blind eye while they get smashed and remain that way for the next 5 days.

Personally, I feel a little conflicted about this win.

Maybe I shouldn't have done so much shopping this week....
Posted by Angels have Red Hair at 17:20