It has come to my attention ... that a war of sorts is on,
Where grown men throw their balls around and try to get a ton.
It's country versus country ... one from here and one from there,
The teams try to intimidate with a fixed and icy stare.

And day by day they march to battle out in the blinding sun,
They whack that ball and run like hell and pretend that it is fun.
And then in turn ... with speed or spin ... they'll try to get a wicket,
It's rather strange ... this oddball game ... this match that they call cricket. 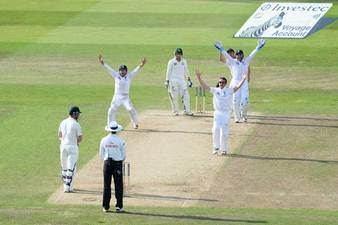