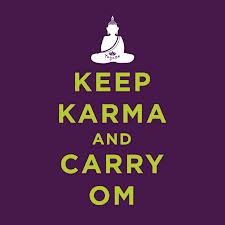 Nobody overslept, there was enough milk for our cereal, no one ran out of hot water...and there were clean uniforms and shirts and undies and socks for everyone.

Lunches were made, and packed into lunch boxes....waiting to be put into school bags.

That's when the little drama began.

Master 12 collected his lunch box and went to put it into his bag.  I watched him from the corner of my eye.  The lunch box went in and he continued to dig around for a little longer..the pace of the digging increased.  A strange look came over his face...similar to the one I get when I'm standing at the supermarket checkout...with a full trolley of groceries....and I look into my bag and for a few seconds I just can't find my wallet. A look of dawning horror and panic.

He started unzipping different pockets, things were getting dragged out and dumped, books were being shaken...his movements were more and more frantic...."I can't find my timetable"

At this point he began to panic.

Master 12 loves everything to be within it's place, he needs to know everything is as it should be....the problem is he's no good at keeping it that way.  He's a dreamy, easily distracted kid...that rarely remembers to do his homework unless prompted over and over again....but will panic if he goes to school without his homework done.  Same with his stuff...he's messy and disorganised...he leaves a trail of his belongings everywhere he goes....but if he can't find something all hell breaks loose. He's OCD without the OCD.

So this morning it was the timetable.  He is, after all, only in his second week at High School...things are still new....he hasn't found himself  a comfort zone yet...and the loss of his timetable was a very, very big deal.  That timetable is his safe harbour in the storm of High School.

To his credit, on the first day he came home from school with his clean, crisp timetable and suggested that we photocopy it...just in case.  Problem is that then, in his normal style he left the photocopy lying around on the floor of his room, inevitably the dog got it...by the time it was rescued it was a soggy, shredded mess....and a further copy was never made.

But back to this morning.....he panicked, there were tears, there was chest beating angst...life was over. Hubby double checked the bag while I found the mangled dog eaten copy and tried to smooth it out enough for a new copy to be taken. Master 15 was called from the depths of his room to render some assistance.

"How can he get another copy?" Master 15 was asked..."can we print one from the school website?"...disinterested shrug was the response.

"Can he get one from the office?"

Master 12 is beside himself with worry at this point.

So I get a dollar...surely a print out of a timetable can't cost more than a dollar....and give it to Master 12.  I direct Master 15 to go with him to the office and make sure he manages to get it.

Cue more teenage attitude...."Why should I?"...."I didn't have an older brother helping me at high school, I just had to do everything without any help from anyone"..."Why can't he do it himself, I always have to do everything for myself"...."Nobody ever helps me out"

I suggested that it was a nice thing to do...and he would feel good about himself if he did something to help....he didn't agree.

So they left for school..Master 12 with $1 and a quivering lip....Master 15 with a chip on his shoulder and a thunderstorm face. 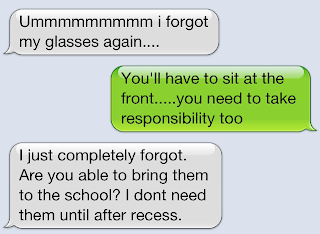 And so it was that Master 15 found out that karma is a bitch.