Usually when I go shopping for the day it's to the local suburban shopping centre...if I'm feeling adventurous I might venture further afield to a shopping centre in another suburb....but today I tried something quite, quite different.

Today I went to the big smoke and shopped in the city.

It was quite a shock to my system when the alarm went off...in the holidays....at the unearthly hour of 6.00am.  This was to enable me to get up, get ready, get the kids up, feed the dog, nag Master 12 to get ready, pick up the other two boys from their homes, drive to the local train station, find a park, buy a ticket and catch the train....all by 7.53.

Here is Master 15 and pals not knowing me on the train....don't you just love teenagers.... 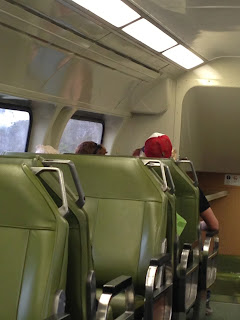 It took over 2 hours to get from our place to Town Hall.....it wouldn't be out of the question to be expecting something pretty special after travelling that far.....would it?

However I found the shops in the city to be basically the same as those in the suburbs....with just a few minor differences.

But at least the parking was free.... 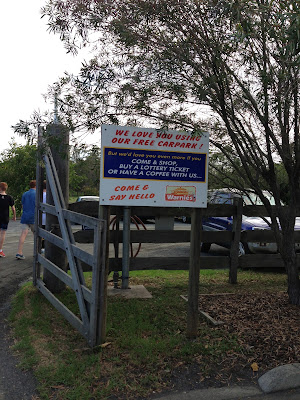