I took the kids to the shops today....a place I was desperate to avoid....but by about 4.00pm I gave into the pressure and off we went.

Every year after Christmas we have a trip to the shops to (a) return the unwanted things, (b) exchange for the correct sized things or  (c) spend the gift vouchers received...today we chose options (b) and (c).

I had bought Master 15 a pair of shorts like these.... 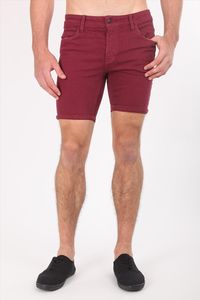 ...he is on that cusp between boys and men's clothes.

So I bought them in the smallest men's size I could find.

Turns out he isn't quite as small as I thought he was...they were a little snug.  I suggested that we exchange them for a bigger size....and he agreed.

From my vantage point outside the shop I watched him go and find the shorts....I watched him head off to the back where the change rooms are located....I watched him disappear into said change room.  Then I waited.  The store was full of eager shoppers taking advantage of the sales...they were blocking my view and I didn't see Master 15 emerge.  I was scanning the shop waiting for him when I realised he was up at the counter talking to the sales guy.

"Wonder what he's doing" I thought to myself...then out he wandered with a new bag....with the new pair of shorts within.

Turns out Master 15's take on the word exchange left a lot to be desired....for reasons known only to him...and perhaps not even him....he had somehow bought a new pair so that I could then return the other pair for a refund!  Not only that, but he had used his Christmas Gift Voucher to buy them!

Now apparently they don't do refunds...only exchanges!  So it took me a little sweet talking...a bit of eye rolling..."You know how it is...teenage boys just don't listen"...even though the sales guy had no doubt been a teenage boy himself very recently...perhaps that is why he understood...and the money was kindly refunded.

Master 15 was so embarrassed he decided to forgo the other purchases he had been hoping to make and made a quick getaway instead!