If any of the above make an impromptu visit to my household....I wash my hands of it and hide.

That's man's work...and there has to be some payoff for living in a household of males!!

I believe it was the day after our wedding when I first realised that Hubby was not going to be too much help in this department.  I discovered a lizard was enjoying the amenities and the air conditioning in our honeymoon suite, and jumped on the bed to avoid it...Hubby jumped on too and his squeal was louder than mine!!

He has learnt to overcome some of his aversion to creepy crawlies....through necessity....the necessity that I cannot sleep if I know anything is lurking in the house...but he will never be one of those brave, pick it up in his hands and deal with it types.

Luckily we have Master 12.

So.....when, from the corner of my eye, I saw something dart behind the buffet ....his talents were called into  practise. 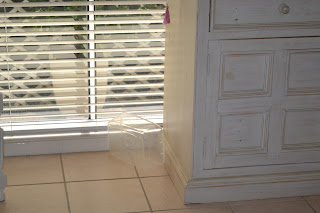 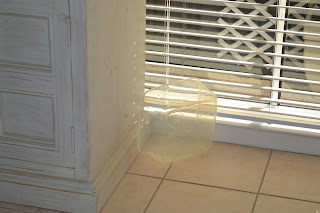 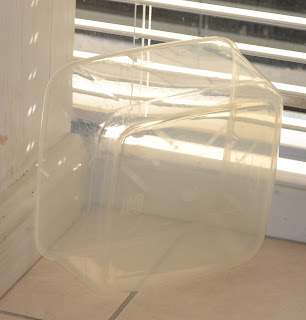 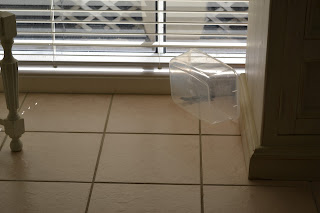 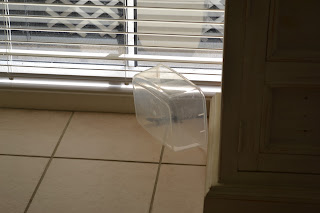 where it fell into Master 12's wily trap!

I would have captured a shot of Master 12 flipping up the container and securing the lid....but I was too busy squealing and making sure my escape routes were clear. 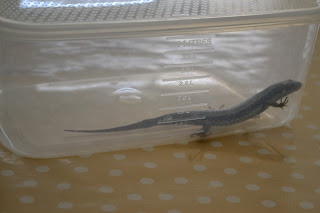 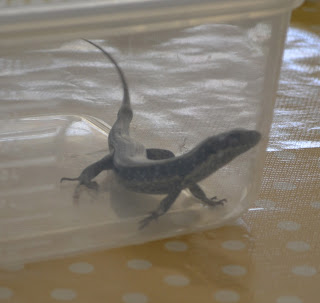 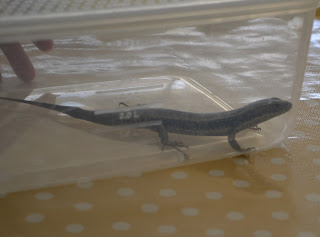 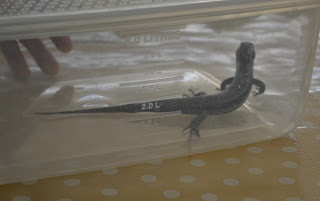 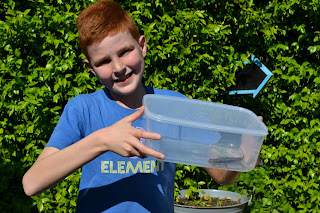 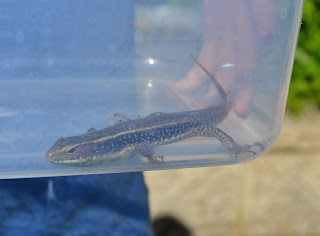 ...and then like all good environmentalists he released it into the wild....... 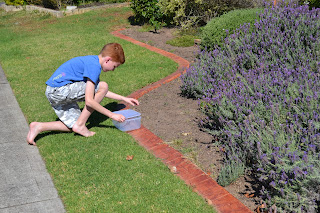 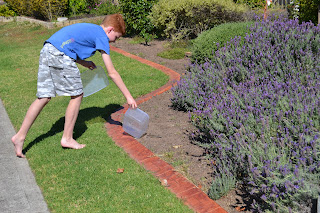 A message to our interloping gatecrasher.......don't come back or next time I'll go with Hubby's suggestion and let the dog sort the problem out!!