The beautifying of Buster.....

Yes it was my birthday yesterday....but I think Buster was the family member that received the most pampering on the occasion. 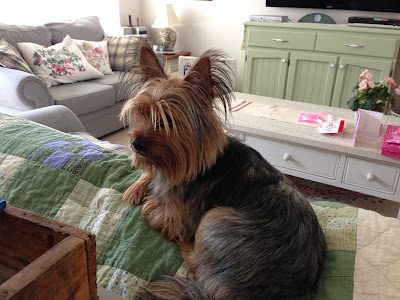 I had been avoiding taking him for a long overdue haircut...because he behaves so badly at the groomers...and I always end up finishing the job at home.  I am not trained to do any such thing.....and he wears the evidence of my lack of skill....for at least a couple of weeks. Meanwhile, I burn with resentment at having to finish the job....when I paid so much money for someone else to do it.

I'll be the first to admit that Buster has a mind of his own....he can be very naughty...he won't sit still....he won't keep his head still....and he will give the scissors a growl....but so far....touch wood....he has never actually bitten the hand that grooms him.  If you tell him off in a firm enough voice he will submit to the horror of being brushed and washed and trimmed and pampered....silly, silly dog.

So as things were getting desperate...i.e. he could barely see where he was going....and none of the males in the household would permit me to tie his hair back in a little topknot with a pretty ribbon...something like this..... 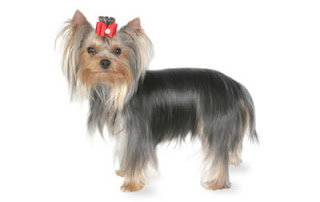 I decided it was high time to try somebody new....and then I came across an ad for a local, family run mobile dog groomer.  The testimonials likened the owner to the "Dog Whisperer" and since that was just the man I needed....the booking was made.

Carlos arrived and took Buster off to the salon on wheels for his treatment.  He was given fair warning of what to expect...and offered a get out clause...but he just smiled and declared "I like a challenge".

I hid in the undergrowth to observe the ritual as it unfolded..... 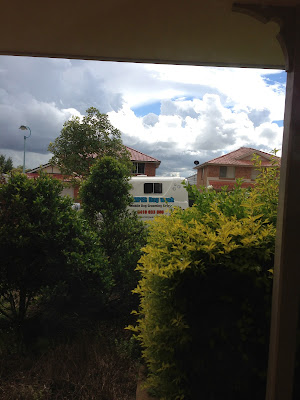 And when Buster emerged...there was not a soul on this earth that could claim he hadn't been given a good and thorough haircut!!! 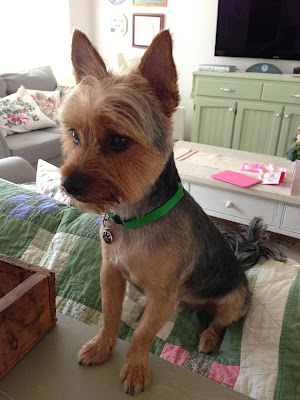 That should keep him going for a few months.