This is my Uncle Clifton ... 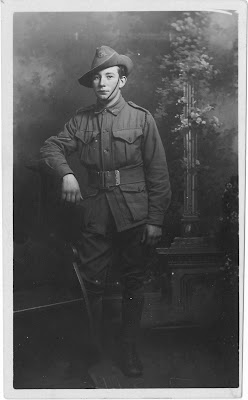 He lost his life on the 7th June, 1917...at the age of twenty.  He was fighting for his country in the battlefields of France, during World War One.

Well in order to prove that it is indeed possible...what's more, entirely true ... I will give you a brief ... abbreviated version of my family history.

My father was the youngest of 11 children.  His eldest brother ... Clifton ... was in France, defending our country at the time that Dad was born.  A 20 year age gap between oldest and youngest.  Tragically they would never get the chance to meet.

My father didn't marry until he was almost 32.  The norm these days ... but I guess at the time he'd probably been pegged as a "confirmed bachelor".

My parents ... after a brief honeymoon period ... went on to produce 6 children ... over a twenty year period.  Again a gap of 20 years between oldest and youngest...with myself being the youngest this time around.  Dad was in his 50's by the time I came along.

I wrote only yesterday of how Dad's final surviving sibling had passed away on Tuesday.  But none of the family ever forgot their brother and his sacrifice ... not even those that never met him.  He was remembered fondly ... always ... and still is. 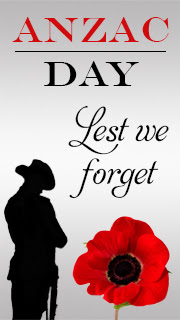 They shall not grow old, as we that are left grow old.
Age shall not weary them, nor the years condemn.
At the going down of the sun and in the morning.
We will remember them.