Today was the big day...the final day where Master 15 could take a big bite.....without thought for the consequences.  It was braces day.

The orthodontist warned him that no longer would he be able to bite into an apple or a carrot....Master 15 assured him that wouldn't be a problem...because he never eats such things.  Now had it been a ban on chicken nuggets I'm pretty sure the whole procedure would have been called off.

Master 15 was a little nervous....mainly because one of his favourite things...the world wide web....had been giving him some very graphic details of the pain and suffering he was about to endure......after all everything you read on the internet must be true...right!!

So here's his final moments of freedom recorded in a particularly flattering "before" shot.... 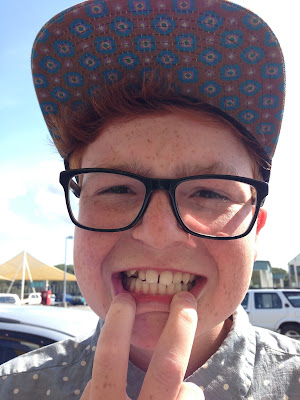 Then we have an even more flattering "during" shot...this contraption kept him quiet for over an hour....I am seriously considering investing in one. 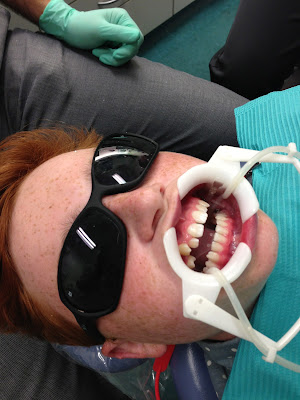 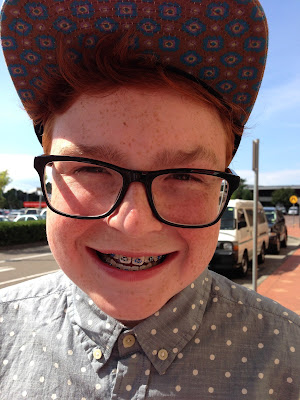 Master 15 celebrated by attempting to tuck into 10 chicken nuggets....before the pain set in.

He managed only 6....handed the final 4 to me....and declared his life was over!