We all know that babies and toddlers love to toss aside their new toy and play with the box instead.

Master 13 is a box lover from way back. 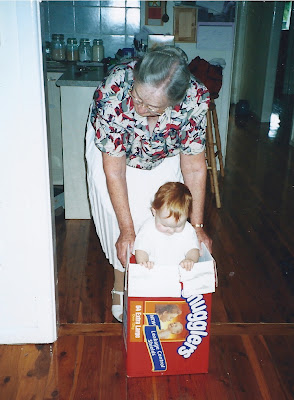 So when Hubby unpacked his new home theatre, sound thingamajiggy ... and left a great big box lying around ... it was only a matter of time ... until Master 13 found an alternative use for it ... 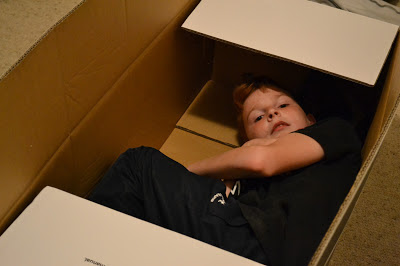 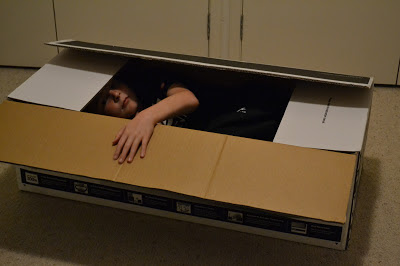 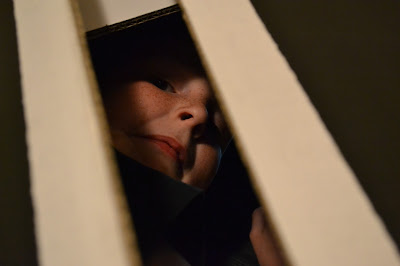 Of course he couldn't rely entirely on his imagination ... there was STILL a screen involved. 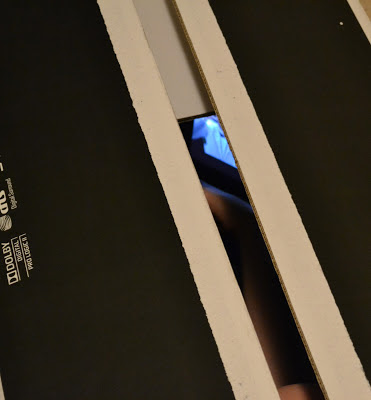 And now my hallway is littered with said box ... and I have been given strict instructions that I am "NOT TO THROW THE BOX AWAY". 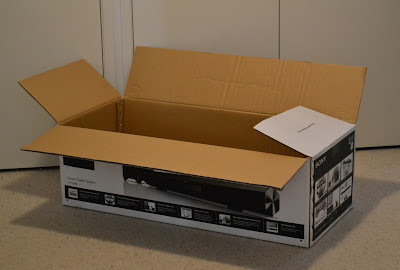 It's all going to end in tears ... it's just a question of whose.