WARNING this post contains an alarming level of motherly boasting.

As a part of this process every Year 10 student had to attend an"interview" at school.  This involved wearing "interview" clothes and organising themselves a resume.

Master 15 found a shirt and tie he had worn to his cousins wedding a while back.  It looked fabulous ... as long as he kept his arms straight by his sides.  Any movement and the shirt cuffs ended up nearer his elbows than his wrists ... he's done a fair bit of growing over the last year or so. 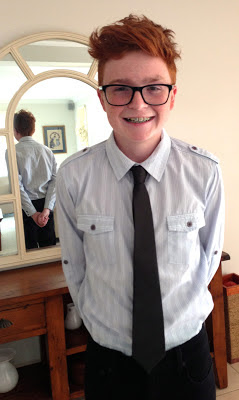 He thought a suit jacket would be the perfect finishing touch ... but the sleeves of his only blazer were now distinctly three quarter length ... and no keeping his arms by his side was going to disguise that.  Master 15 thought one of Hubby's might do the trick .... but as you can see ... 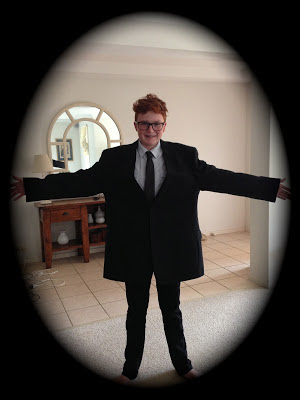 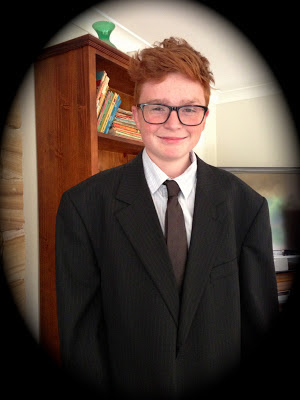 ... he needs a growth spurt of some magnitude before that's going to work for him.

Then he sat down and organised his resume.  "I'll put in a few of my recent awards to "impress" them," He said.

Once the interview was over the shirt and tie were discarded onto his bedroom floor ... along with everything else he has worn in the last week ... and the resume was left lying on the kitchen table. 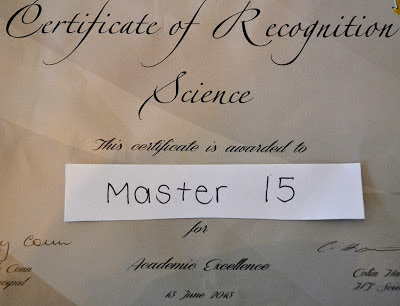 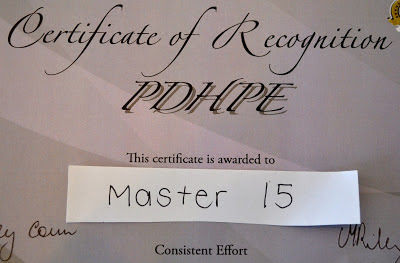 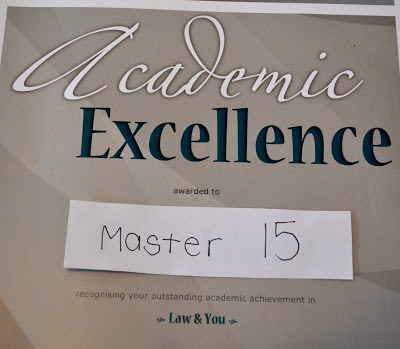 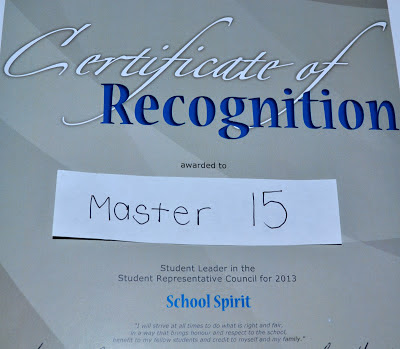 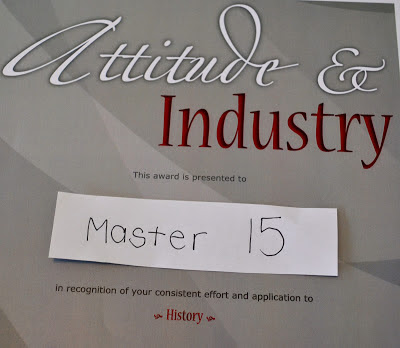 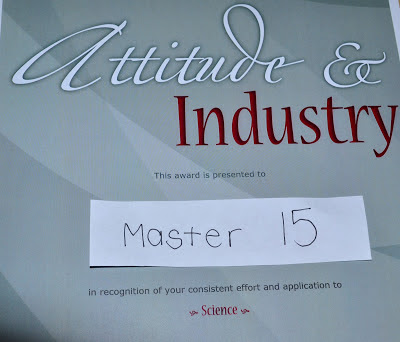 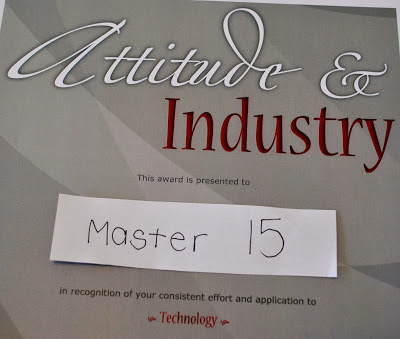 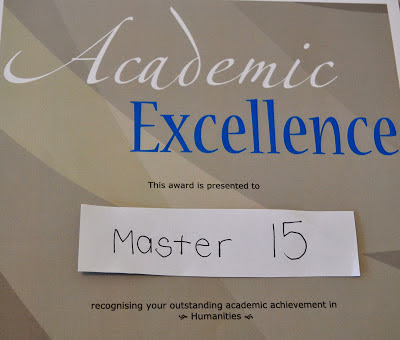 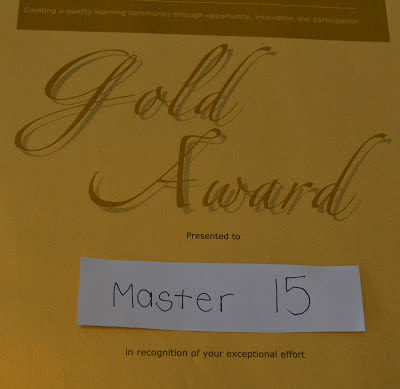 Just his most recent awards ... I'd have been "impressed"!