How NOT to make a braided rag basket.....

.Settle in and get comfortable ... this epic tale will take a while.

The story began innocently enough.  I needed something to hold Buster's multitude of toys ... something that he wouldn't destroy.

We had already been through several traditional baskets ... all of which he managed to reduce to a pile of toothpicks in record time.  Then I tried the aesthetically unappealing but highly practical plastic bucket.  This will be indestructible ... I thought ... wrongly.  The bucket itself survived relatively unscathed ... but Buster ate the handles ...and by ate I mean consumed ... completely. 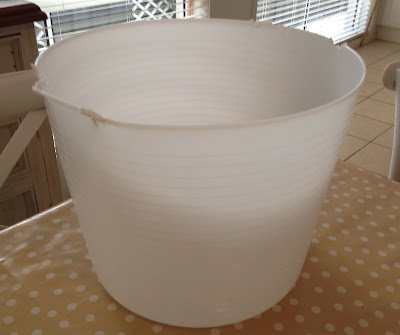 This resulted ... as you might expect ... in an upset stomach ...and a trip to the vet.  Not an ideal outcome ... because we all know how much Buster likes the vet.

I was at my wits end ... and resigned to having his toys spread around the house ... or at the very best tossed into a pile in the corner ... when I noticed something. 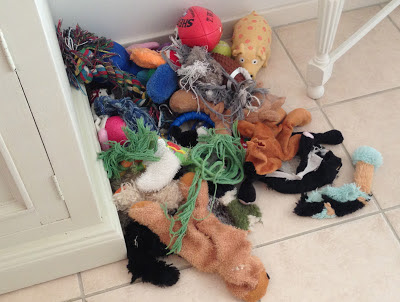 The one item belonging to Buster that has so far ... touch wood ... survived Buster ... is his fabric doggy bed.  He pulled off the tag ... obviously ashamed of the non designer brand ... and then he left it alone.

So I got to thinking ...  that perhaps I should/could make him a toy container out of fabric.  Given the vast amount of fabric scraps I have ... from patchwork past ... a braided rag basket seemed to be the perfect option. 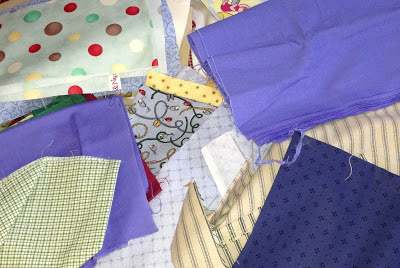 In fact ... I decided ... I'll whip up that little basket this morning and I'll write a post this afternoon ... about how simple it is to make a braided rag basket.

I googled "how to make a braided rag basket" and I started to read the instructions ... and then as is prone to happen to me ... my eyes glazed over a bit ... and I made the entirely uneducated decision that I would do it my way ... because I'm so experienced and all!

I decided I would be really clever and efficient and instead of joining my scraps as I went along ...I'd get that pesky job over and done with at the beginning.  So after cutting all my scraps into strips ... I sat down at my sewing machine ... and joined them all up ... for hours ... you know ... to SAVE time! 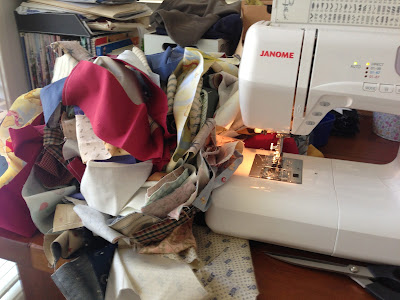 Once that was done .... all I had to do was divide that really long strip into 3 strips of equal length ... in order to braid it.

Sounds simple ... except that my strip was now approximately 12 kms long ... and short of going out and laying it out on the highway ... there was no easy way to divide it into three equal pieces.

So I had to measure it ... over and over... without losing count ... and then use a mathematical equation to get the answer.  Then ... hoping I had it right ... the cuts were made and I finally ... with lots of stress on the word finally ... had three sections. 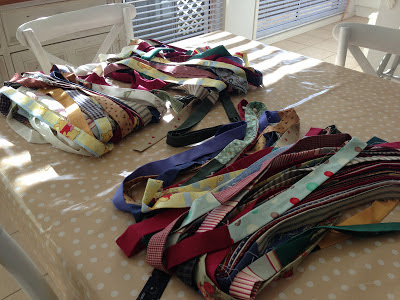 Those lengths were sooo long ... being approximately 4 kms each now ... that I couldn't even braid an inch without the whole thing tangling into a knotted, unmanageable brain aneurysm mess. 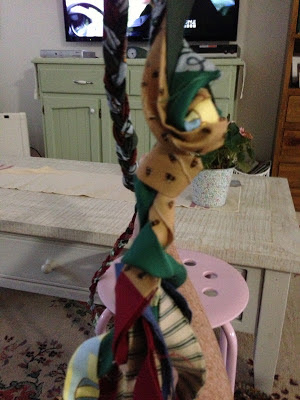 So I found some toilet rolls ... that the boys kindly left lying around.  Then I joined those rolls into 3 bigger rolls and I wound those three strips up like a cotton reel ... except that it took forever ... given that they were so knotted and unmanageable. 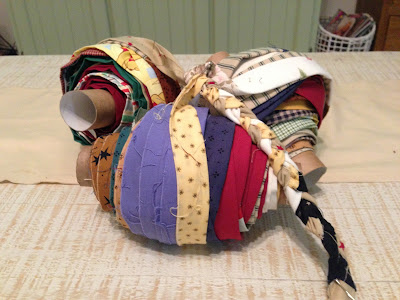 Then ... finally ... I could start to braid ... which was so slow and so tedious ... that my brain was seriously in danger of exploding.  Every single time I laid one strip over another the rolls had to be manoeuvred as well.  Tangles were common ... tantrums were even commoner. 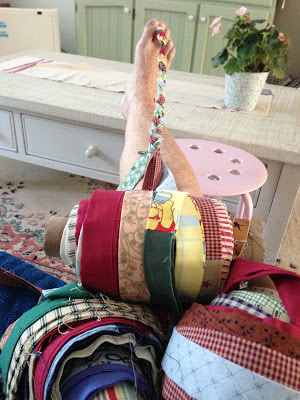 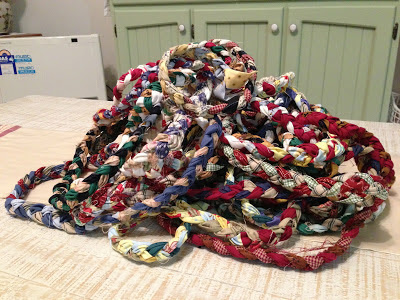 Then using the old bucket as a guide I fashioned that braid into a basket by stitching it into shape ... another task that took FOREVER.  The rule of thumb here ... if you think it will take a minute it will take an hour, an hour ... a day, a day ... a week, a week ... a month. 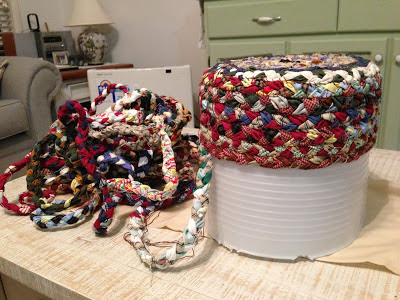 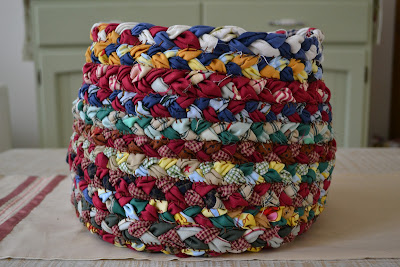 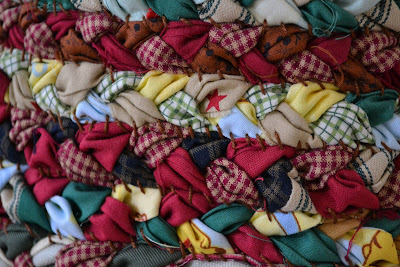 A braided rag basket ... that was very almost the death of me. 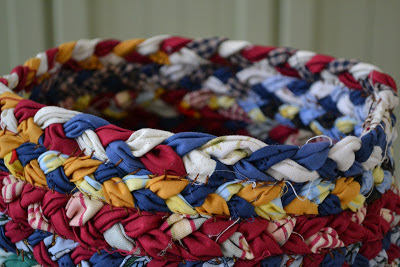 Now if you would like to give braiding a rag basket a go ... I would strongly suggest that you don't! However ... should you persist then completely disregard everything I did.  Instead google it and follow the instructions provided by someone that actually knows what they are doing ... and not someone who just thought they did!!!