During this rain, we discovered that the seal where our television antennae attaches to our roof was no longer performing as required ... the seal was unsealed ... and the rain was coming in.  Of course you never discover things like this when it is not raining.

But because the rain was so wet and went on for so long ... it was a while before anyone could get up on the roof and reseal the seal.

But then ... like a knight in shining armour ... my nephew came up for a visit and he jumped up on that roof and he fixed that leaky, good for nothing connection point ... just like that.

So the cause of the leaky roof was no more ... but  the family room ceiling was left with three big  unsightly marks ... like this one ... but three! 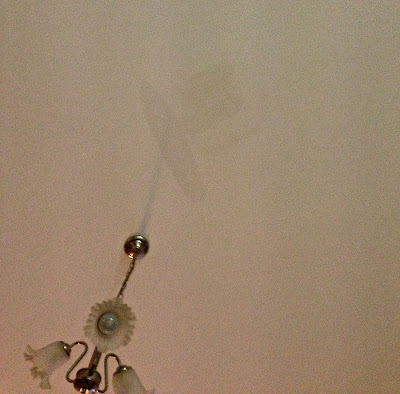 So I suggested that Hubby repaint the ceiling.  He thought about it for a month or so ... you can't rush these things you know ... and then decided he wouldn't.  Instead he lodged an insurance claim ... and he got someone else to paint the ceiling.  It's a big ceiling ... on a large room ... which therefore made it worth paying the excess ... apparently!

Anyway, to cut a long story short the painters were coming yesterday to paint the ceiling.  I decided to get out out of the way ... and take Buster with me ... for there would certainly have been a paint related "incident" if Buster had been allowed to remain underfoot. 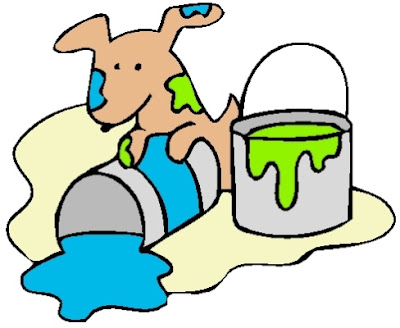 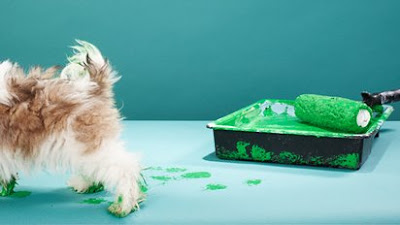 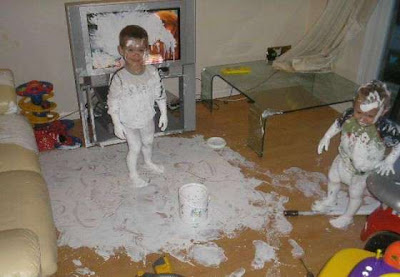 So Buster and I went for a lovely visit to my Sister's place ...

where we sat in the sun ... and ate a delicious and nutritious (??) lunch. 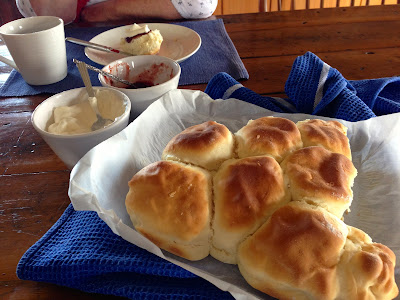 By the time I got home the painters were gone ... my ceiling looked impeccable ... and Hubby went out and bought takeaway for dinner.

Quite an acceptable day all in all!!