Thursday was day five and our final day in New York.

Last breakfast at our new "local", the Tick Tock Diner.

Then we hit the ground running as we had plenty to see and do, as usual. We have fit a lot into our 5 days, there was more we could have done and would have liked to have done, but I guess that will encourage us to come back someday.

There was lots of shopping to be done, we had spent most of the week saying "we'll come back to that" and this was the final day that we could.

We have been on a bit of a quest to get me some shoes, but like at home finding them in my size has been a bit of an issue (stupid small feet). So we failed in that endeavour, though Master 15 scored very well, he picked up fancy Nike joggers, that he is hoping no one at home will have and some headphones, which apparently are the must haves, though look to me like the things we stopped using in the eighties.

Next stop was the Empire State Building, fantastic views, but freezing cold again. Around 6 degrees yesterday, but after the snow of the day before it was actually almost pleasant. Maybe I am getting acclimatised after all.

From there we caught the subway, we are fully professional at this now, to 59th St and were wowed by FAO Schwartz....it is the oldest toy store in the United States....and pretty awesome. Something for everyone...from collectible Barbies to giant sized "candy".

We had a brief stop into the Apple Store for Master 15's headphones, and so we can say we went there.

Then next stop was a toy shop for me....Tiffany's. It was a little intimidating in there....so many super expensive things.....not to mention the Tiffany Diamond on display....but the staff were very friendly.....obviously well used to ogling tourists. I did very well in here...insert smiling face....very spoilt indeed.....thanks Hubby.

A quick stop in to see Grand Central Station....certainly a train station with the wow factor.

From there it was an early dinner at Southern Hospitality....apparently Justin Timberlake is a part owner....though I didn't see him tucking into a mac n cheese while we were there. Master 15 and I both ordered the chicken platter. We didn't realise we would be getting the equivalent of a chook each! But it was delicious and the mash and gravy was to die for!!!

Then it was back to the hotel to pack our bags, ready for an early train ride to Washington in the morning.

It is now Friday and I am currently typing this post on the train somewhere between New York and Washington....in business class no less!!!! 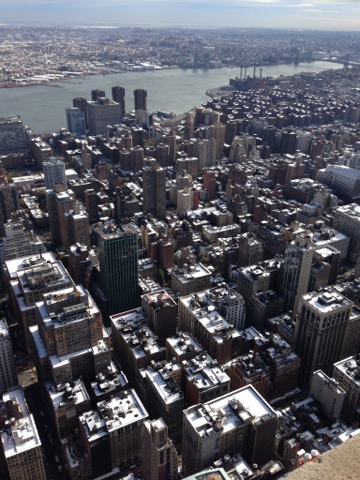 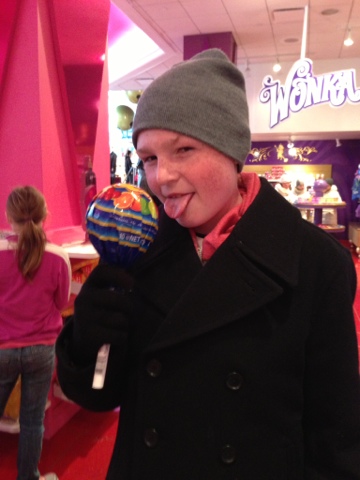 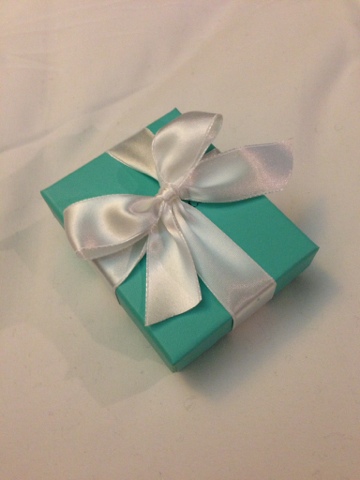 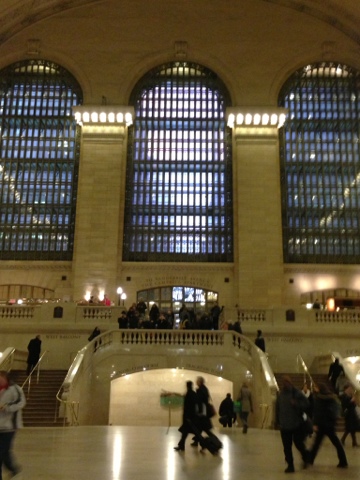 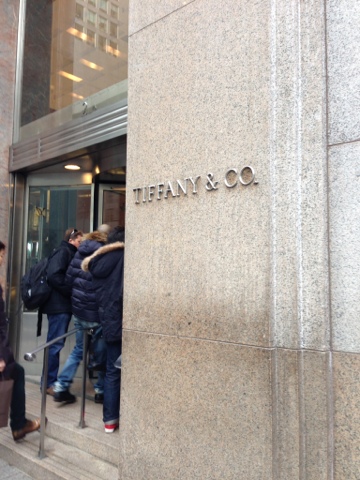 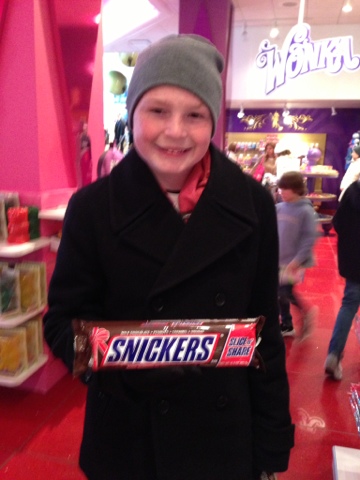 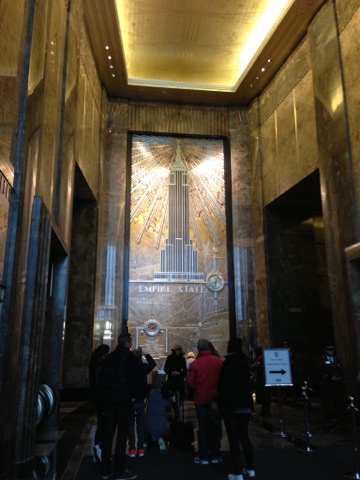 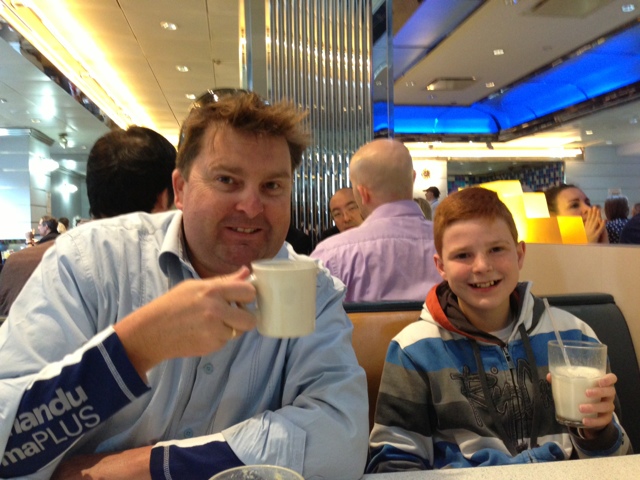 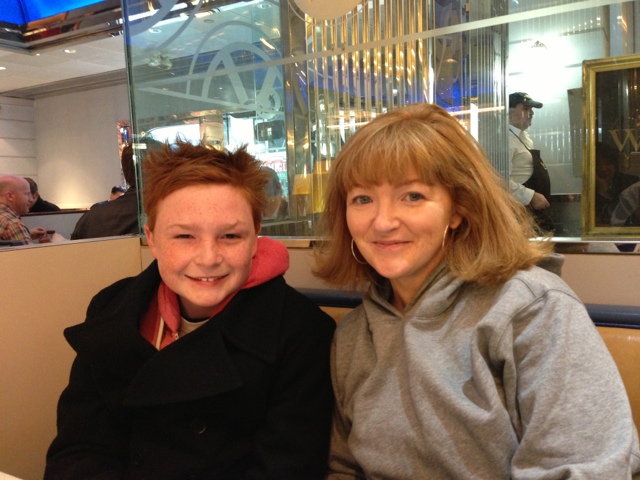 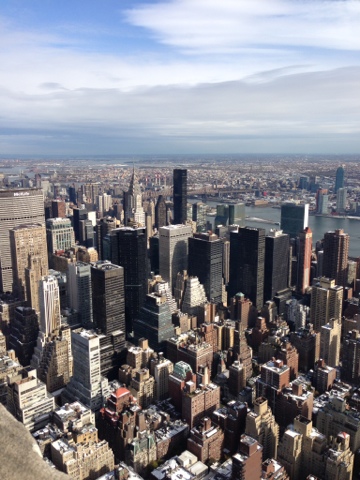 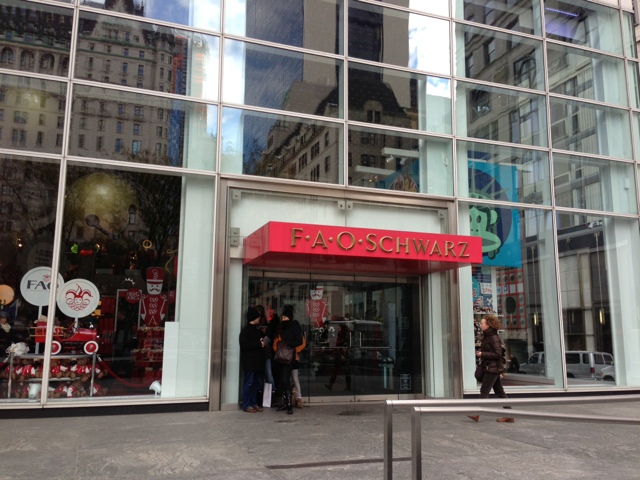 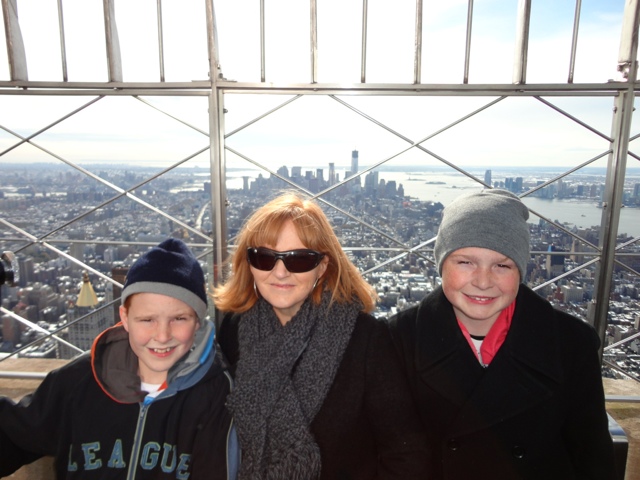