It was our first full day in New York and we were up early to take advantage.

Mind you, after spending several hours wide awake in the middle of the night it wasn't nice when that alarm went off.

I now have first hand experience of the dreaded jet lag...and believe me it isn't fun. I can best compare it to a bad hangover without the fun of the night before.

But as much as I would have liked to spend the day sleeping, that would never have fit into Hubby's itinerary so off we went.

The morning was spent shopping. Master 15 needed a coat as a matter of urgency....it's freezing here....so we got that and hats and gloves for both boys.

All of which came in very handy, because in the afternoon we went to an NFL game....and it was beyond freezing there. I don't recall ever experiencing such cold....and it's not even winter yet!

We decided that in the match, between New York Giants and Pittsburgh Steelers, we would barrack for our "home" team New York. Unfortunately they were beaten in the final 5 minutes after leading for most of the match.

So we forced our frozen limbs into action, left the stadium and went to wait for the bus....and wait....and wait.

This was our first ill effect from Hurricane Sandy. Because the subways are still not running, the bus was the only choice of transport for us and around 5000 (at least) other people. The lines went back as far as you could see, and it took us over an hour and a half to get onto a bus...and we were relatively close to the front of the queue. Tempers were fraying...as more and more people tried to cut into the queue, but the lovely State Police were on hand to send them briskly back to the end of the line. Brrrr....it was cold!!!!!!

So my conclusion after the first day....New Yorkers are a very friendly and polite bunch of people....but they do not like to break a $50 note....and watch out if you try to jump the queue....especially if you are a Steelers fan..... 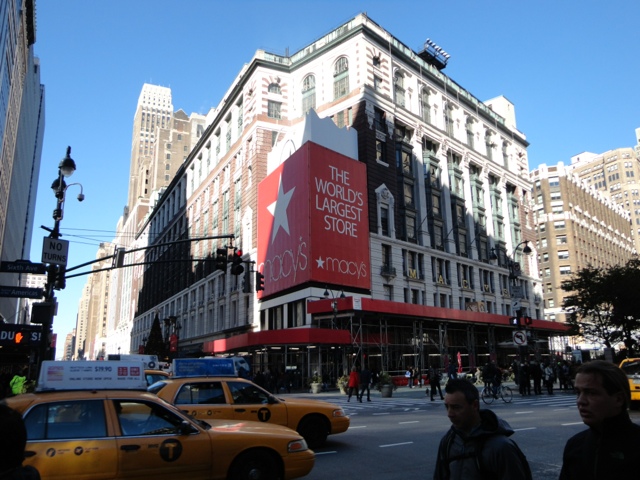 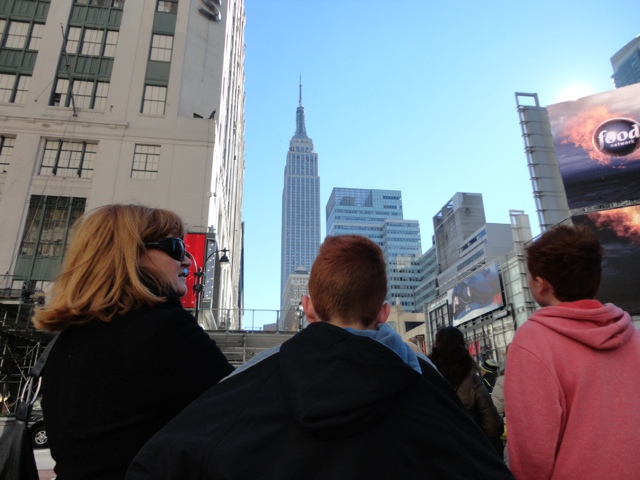