Buster has a birthday ...

The temperature was predicted to hit 39 degrees here today ... that's 102.2 degrees in the old money.

New South Wales is currently under a state wide Extreme Fire Warning ... so no BBQ for us today.

Now to be honest ... I find this whole turn of events just plain rude and inconsiderate ... we are after all only at the Tenth of October ... and weather like this will not be tolerated.  It will just barely be tolerated in the middle of summer ... but we're still basically at the beginning of spring.

I have a good mind to send a strongly worded letter of complaint.

Then again perhaps they're just teasing us ... maybe it won't be quite that bad. 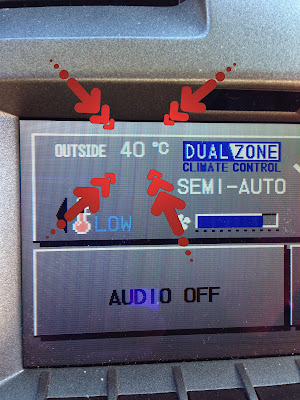 Which means it's time for me to renew my long term affair with the love of my life ... he's been waiting patiently for my call. 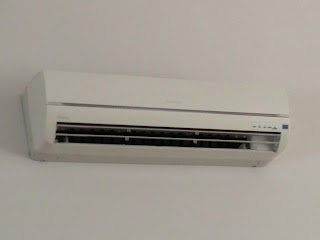 In other news for the Tenth of October ... it's Buster's 3rd birthday.

Buster is officially the world's Most Spoilt Dog ... seriously ... I'm pretty sure they keep an award for him in a glass case at Parliament House.

He sits on our sofas ... even the new one.  He sleeps in our beds.  He refuses to eat dog food.  He expects us to scratch him on demand.  He IS the Pack Leader.

So obviously he expects some pretty special treatment on his birthday.

He gets chicken wings for lunch ... raw of course ... after all I am a responsible dog slave owner. 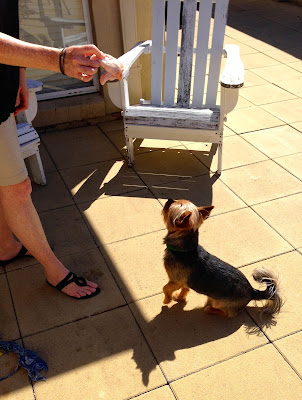 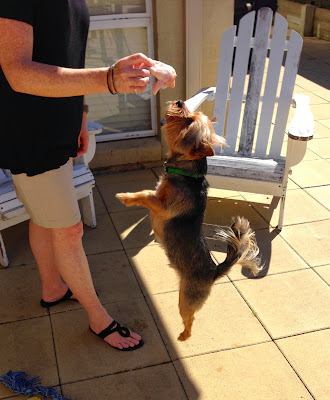 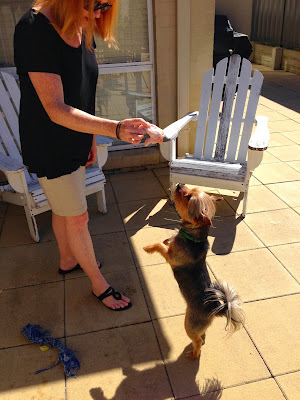 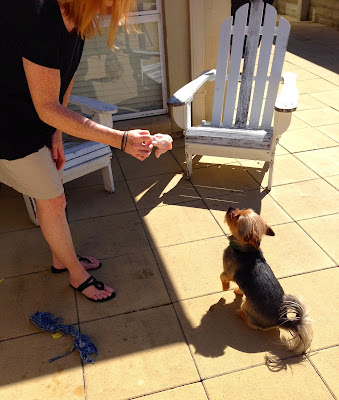 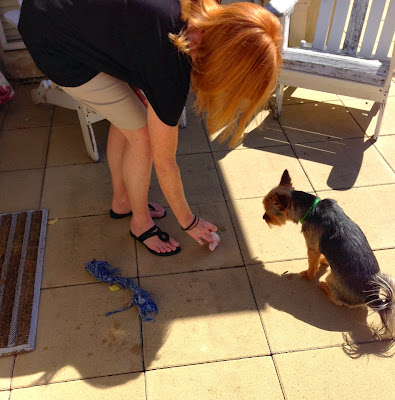 NOW GET OFF THE NEW SOFA!! 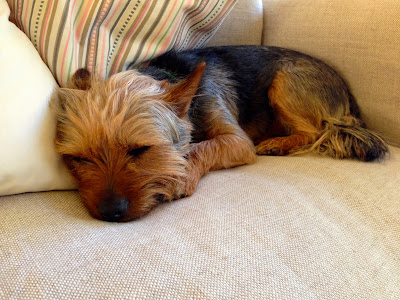