Strange and eerie events from above ...

As a general rule I spend most of my time looking straight ahead … or maybe down if I don't want to trip over something … but every now and then something motivates me to look up.  It could be a beautiful sunrise… though that's pretty rare because I'm definitely not known as an early riser.  It could be a sunset … which is much more likely given that it occurs at a much more sociable hour.  A dramatic lightning storm is sure to get me looking skyward … as is a beautiful starry night sky.  Sometimes you can get lucky and have both at once.

Last night … as if celebrating the first evening of the year … Mother Nature was putting on a particularly spectacular light show.  Of course I couldn't resist the temptation of trying to capture a shot.  It's really not that easy … it takes time … and luck … loads and loads of luck.  Unless of course there is actually a skill to it … but I haven't discovered the skill … I just take masses of pictures and hope for the best.

Usually I end up with absolutely nothing worthwhile … and last night these were the best of a bad batch. 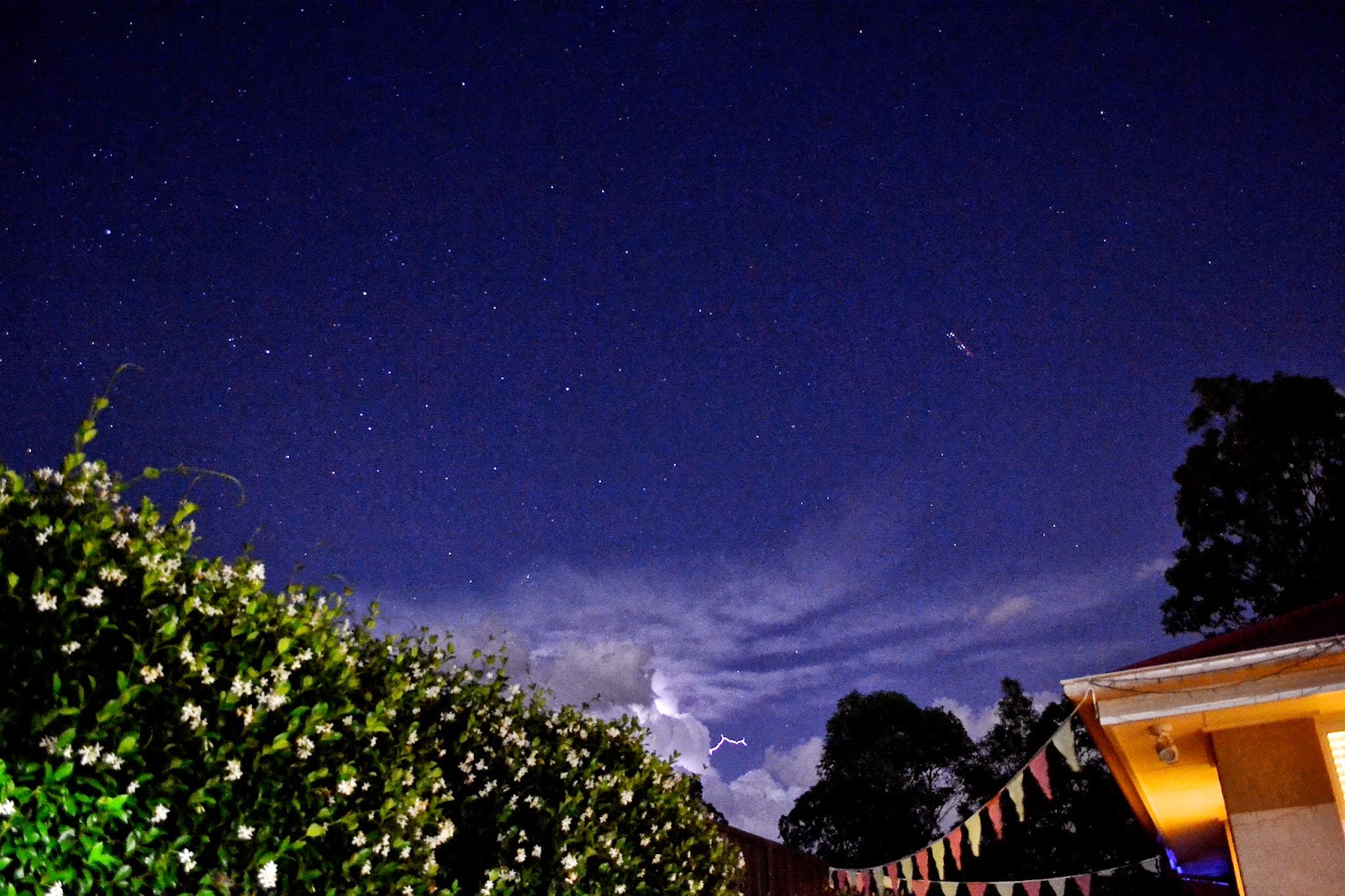 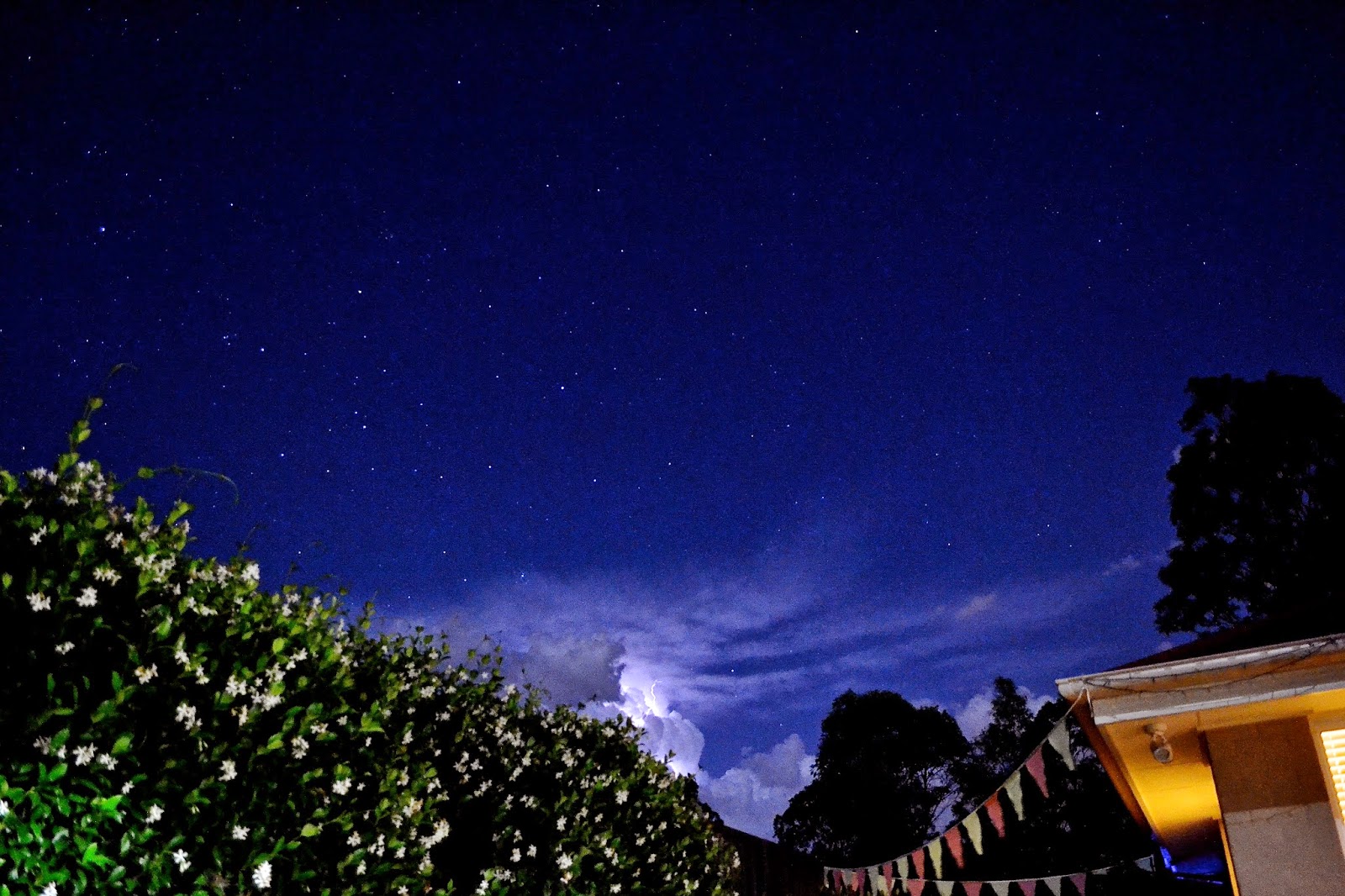 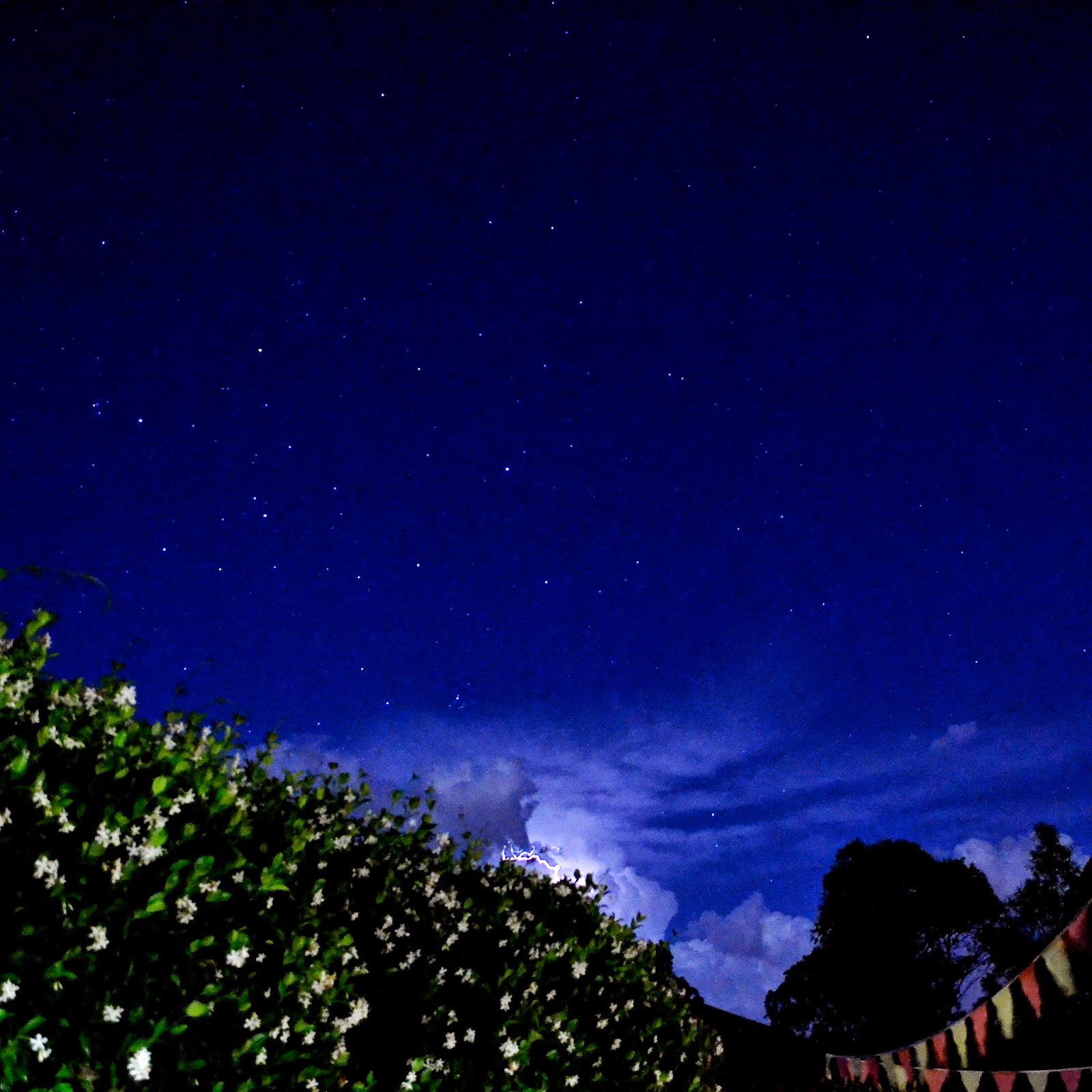 But then sometimes with all this looking up and clicking madly you manage to catch more than you bargained for  … freaky!