Please accept my apologies...but I am unable to attend......

The school athletics carnival was held earlier in the week.

Neither of my boys are particularly well known for their athletic prowess.

Master 15 is as slow as a wet week and Master 12 is likely to be distracted by a plane going over.....or a car driving past.....or a fast kid overtaking and in some cases lapping him...or some kid being in an out of bounds area......you get the general idea.

So when they both requested the day off instead of attending the carnival....I caved in.....at least it will save me the cost of the bus fare to get there.

This of course leads to another dilemma....the Absent Note.

School requires that after every day off the parent/guardian provide an absentee note.....otherwise that day shall be recorded as an unexplained absence....and will go down on your "permanent record".

Now I have brought my boys up to (hopefully) be an honest couple of lads...and to achieve this result you have to set a good example.  So I long ago rejected any requests for a "fake absentee note"...I took a stand that days off school had to be for legitimate reasons and therefore notes to school would be able to contain "legitimate" excuses.

Lets face it...do the school admin people really believe the "I had a tummy ache" excuses they must receive en mass after the athletics carnival.

So when I cave in and allow the boys to stay home...for no particularly good reason....I have to be fairly creative in my note writing....to keep it within the bounds of truth...of course.

"(Insert name) was absent from school yesterday as he would not be participating in any events at the athletics carnival, and I didn't want him sitting outside in the sun all day, due to his fair skin."

Fast forward to roll call....Master 15's mates found it so amusing that much loud and raucous laughter ensued...so much so that his teacher enquired as to the cause of such hilarity and found it similarly amusing....so much so that she read it out to the class. 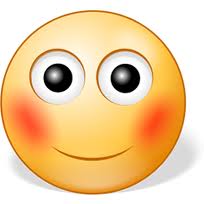 Next year he'd better go to school....or start praying for a dose of the chicken pox.