The long weekend wrap up....

This last weekend was a long weekend for us here in Oz.

Each year we have a three day weekend in June to celebrate the Queen's birthday ... even though the Queen's birthday is actually in April ... but why let a little detail like that stop us.  After all April already has Easter ... and we like to distribute our long weekends somewhat evenly throughout the year. 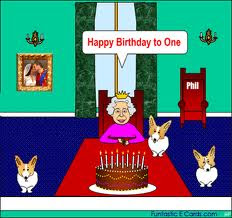 So this weekend was the Queen's Birthday weekend ... and we celebrated it like most Australians ... by taking three days off and not thinking about the Queen once.

Saturday, we watched Master 15's soccer game ... it was a draw ... why do games of soccer so regularly end in a draw??

Then we tootled off down the freeway to Sydney for a birthday dinner ... not for the Queen mind ... for my Father-in-Law ... who happens to share a birthday with the Queens fake birthday.

Isn't it funny how when I want something ... like two new bathrooms, a fireplace in the family room, a 2 carat diamond eternity ring and the front garden re done ... I have to wait and wait and wait and it never happens ... when Hubby wants something it magically appears within the hour.

So then Hubby spent Sunday afternoon watching a 3D movie with the sound sooo loud that the walls were shaking and the rest of us blocked our ears and tried to find something else to do .... because we only have ONE pair of 3D glasses!!

Monday, we decided to have a day out ... and tootled back off down the freeway for a day out in Sydney.

This event really rates a mention ... because for the first time in months ... we were ALL going out HAPPILY!  Master 15 and/or Master 13 usually don't/won't come with us when we go out ... they either stay home ... or come under sufferance with very bad attitudes.  The days of going out as a "family" appear to be over.


No sooner had we arrived ... and we bumped into Master 15's best mates parents ... from up on the coast ... because this world is crazy small at times. 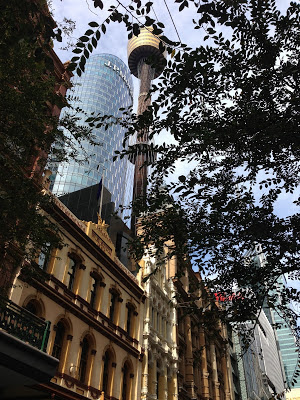 Then we rode the monorail.

The Sydney Monorail has been a bit of an eyesore on Sydney streets for the last 25 years.  But now that the 'powers that be' have decided that it is closing for ever on the 30th June and will be dismantled .. we ... and apparently a lot of other Sydney-siders ... have come over all sentimental and decided we needed to ride it  ... one more time. 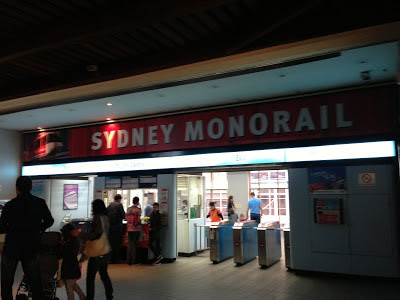 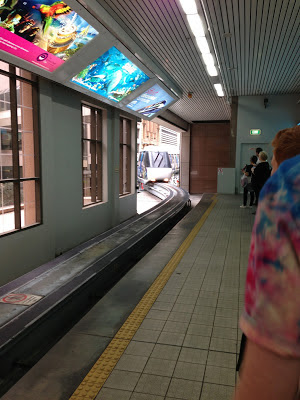 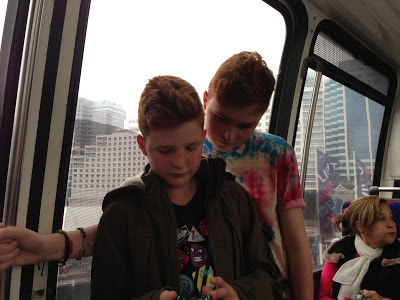 The last time we rode it was in approximately 2002 ... on the way to a Wiggles concert ... Master 15, then Master 4 vomited all over one of the seats.  I figured since a decade had passed I should be able to show my face on it again.

We had a great day ... and the only low point was a horrific case of daylight robbery that occurred during lunch.  This was the scene of the crime ... 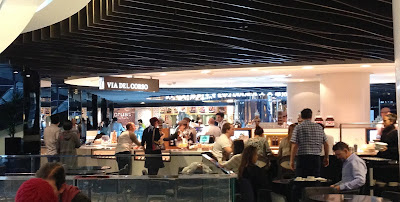 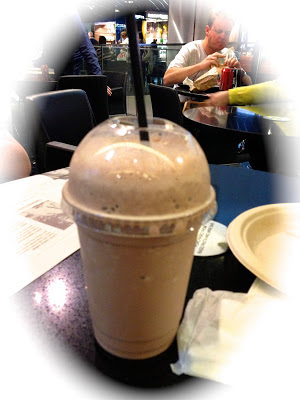 Hope you all had a fantastic long (or short) weekend!