Hubby's away with work … and as sure as the sun rises in the east and sets in the west … that means something will go wrong.  It always does.

It could be as simple as running out of milk at 9:45pm.  Or there being a spider on the wall next to the toilet.  Or something, somewhere doing something that it shouldn't be doing  … like rattling or smelling or leaking etc.

Now let me digress just a little … in order for you to appreciate the full extent of my grievance.

To sum it up, the stupid pump on the stupid water tank had stupidly stopped pumping and the putrid poo was rising in the stupid toilet.  I was given no conceivable choice but to pay Mr Pumpy Fixitman $800 to get my plumbing pumping.

At that time I made the bold pronouncement … because clearly I am somewhat psychic … that come the 4th of February, 2015 I would be forced to shell out more exorbitant amounts of money on the stupid pump  … because that would be the day the warranty ran out.

I sent a text to Hubby in the vain hope that he would tell me it was something I could ignore. 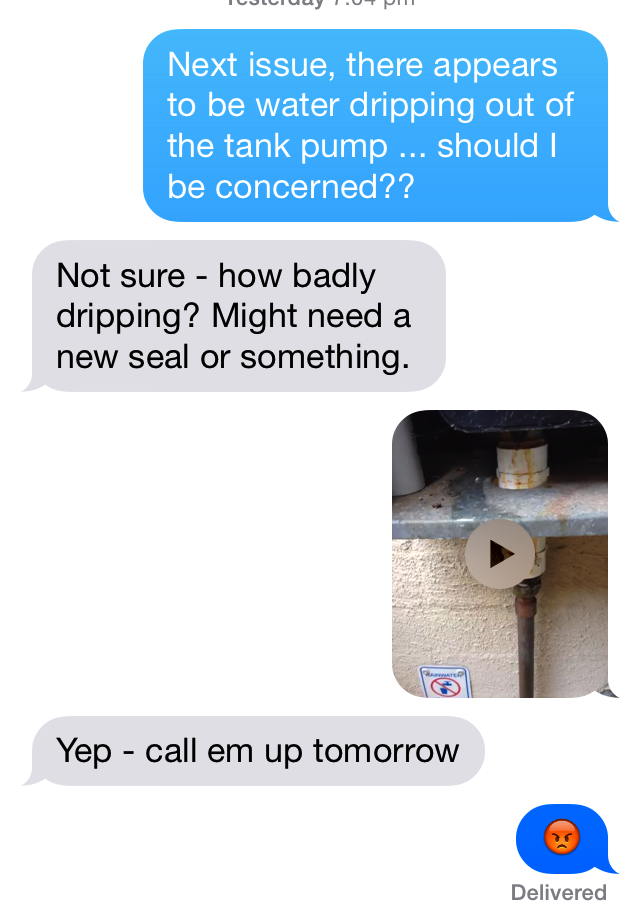 So call them I did.

And that's all I have to say about that!!